Cheng Man Ching’s direct students – the “second generation” if one sees Cheng Man Ching’s influence as determining a new approach – seem to follow this new tradition while continuing to adapt further to modernity.

The Master as student and teacher 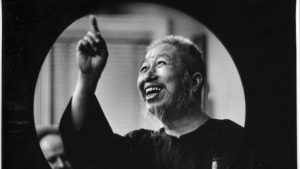 Taken as an example out of the group of the Western students of Cheng Man Ching, Kenneth van Sickle occupies himself with the concept of the master in his book “Tai Chi Sword”. Musing on the topic of “being a master”, he distinguishes different aspects of individual connection to an art: Knowledge about an art (expert/connoisseur), practice of the art (student, player), the love for practicing (amateur), being paid for it (professional), contesting (competitor) and winning (champion). – He then defines: “One who has studied with a master, practiced daily for many years, understands the philosophy, principles and techniques, can demonstrate and teach it, is a Master. S/he does not need to be a champion or a professional.” (Tai Chi Sword, p. 93) This approach indicates different aspects of proficiency which do not have to coincide. It simultaneously stresses an inner connection of learning and teaching which is required of a master in contrast to e.g. a champion – who is a winning contestant, but not necessarily a teacher.

The Master as an artist widely accepted for his/her work 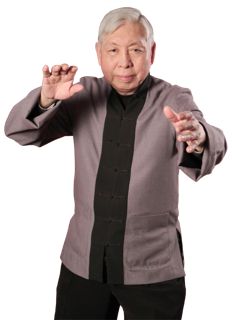 Another definition is given by William C. C. Chen in his book “Body Mechanics of Tai Chi Chuan”. William C. C. Chen, who practices and teaches Taijiquan as a martial art, models his understanding of mastery in art and literature on a definition connected to artisanry and handcraft. Following Chen, a Master is somebody who made a masterpiece – i.e. a contribution to the art “valued by a large number of people who know the particular subject”. (Body Mechanics of Tai Chi Chuan, p. xxxii/iii) The important point concerning the artwork is the following: Just finishing it and being proud of it does not do the trick – gaining wide acceptance is key.
So what is the masterpiece in Taijiquan? Could it be a book, an instruction video, an accomplished student of the master-to-be? Thinking about it, the straight forward definition leads us to numerous questions: the necessary connection of theory and practice, the visual and the real art, the moral aspect of practicing, teaching and “producing” students. Has the master to be a master in all these aspects? What is a master to me? And even further: Can any “expert group” abstractly judge these questions from far away?
In the old times, the “famous master” was maybe known in the next town or in the capital of the province – all other fame was hearsay. In a globalized world a video can travel round the big blue ball in seconds – does this mean the “large number” of people has to be very large? Another tricky point concerning Taijiquan might be to find “people who know the subject”. Taijiquan as a martial art is not largely spread and Taijiquan systems let alone martial arts systems vary to a great degree. Expertise – in social media but also in the real world – is often reduced to elaborate speculations about who would beat whom in a punch-up. And it is gender-biased as well as men tend to vouch for the expertise of other men much easier as for the fighting expertise of women – who as a general rule tend not even to join these kinds of discussions. Concerning mastery, while the principle is clear enough, a coherent practice is hard to develop.

An example of a formal naming following material criteria

Thus, the practice in William C. C. Chen’s school consists of a formal two-level certification process: the title of the first level is “Sifu” (Chinese 師傅, “expert”, a term also used for a skilled worker, as opposed 師父, “teacher-father”, which (historically) refers to a situation in which a young child is sent to live with a teacher for education purposes). The degree of the second level is “Master”. Both are in a way modeled on the first and second degree in US post-Highschool education. Concerning Taijiquan, they are in general terms roughly comparable to instructor and teacher. The general meaning is that the lower level is proficient in his/her own practice and able to teach beginners the first steps, while a degree holder of the higher level has also had experience in teaching, often teaching independently for some years. Application requires many years of training, recommendation letters of teachers and other martial artists and character references.

See also: Cheng Man Ching’s way of teaching (4): On being a master