Some key points for the assessment of publications on Qigong and healing: What are possible clues for the assessment of a publication? Is a scientist a Qigong expert? Is a Qigong expert who really gets into the details of the art – i.e. „researches“ as part of his work – a scientist? When is a journal a professional journal? What about the quality of conferences and institutes?

Medical studies about Qigong often create the problem that the scientist does not practice Qigong and thus is not able to lead the group. – The clinical study is only made possible by the work of a Qigong teacher. When this Qigong teacher (or Qigong master) is mentioned in the study as (co-)author, this does not mean that s/he is a scientist. For the execution of a study and the evaluation of the findings s/he lacks the necessary scientific training (usually a full university degree in the specific field). (Exceptions to this rule are medical/biological scientists who are also practitioners; if they received a double training – formation as a Qigong teacher plus a relevant university degree (e.g. other than history of arts or Eastern philosophy and the like), they may be experts for theory and practice of medical Qigong research.

Concerning academic titles, one always should check where they came from. Leaving out the international differences, one should simply look for the scientific field in which these qualifications where acquired. – There is not any general science or „scientific-ness“. A sinologist may be an expert on Chinese language and literature, and thus may be able to translate texts about Qigong – but because of that skill s/he neither automatically an expert for Qigong nor a Qigong researcher. This is true even if the person may be doing sinological research and even though it is a Chinese method we talk about.
It is important to note in this context that degrees in “Medical Qigong” – be it Masters or even Doctorates – are usually self-styled titles of private Qigong schools (i.e. “Institutes of Medical Qigong” and the like). It has to be strongly doubted that in these institutions an academic standard is met which comes anywhere near a classical scientific formation. The same goes for impressive titles that are acquired by taking regular courses in Western Qigong schools followed by an examination which is allegedly recognized by some “national” (Chinese) “institutes” or “universities”. However, it is hard to come to a final conclusion as the course contents of these “degrees” and the background information concerning the “professors” are regularly not accessible for independent scrutiny. 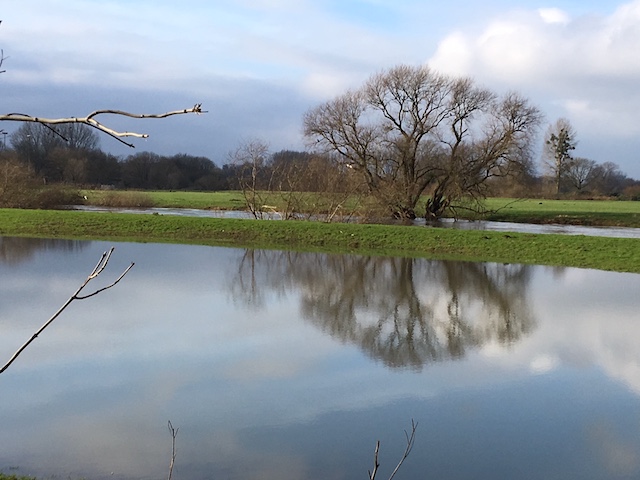 Articles and (self-published) works from the range of practitioners are another possible source for information about Qigong and healing. A general statement on the scientific quality of such publications is hardly possible. – In this field in particular, the critical reader is asked to reach his/her own conclusions.

Beginning in the 70s, Qigong and Taijiquan spread significantly in the so-called „West“. The first generation of practitioners in the West did not find any literature in their native language. Moreover, even Chinese literature was difficult to get for those who would have been able to read the original sources. Thanks to some pioneers, magazines and associations evolved which had the aim to make knowledge about Qigong, Taijiquan and their techniques and methods, but also about the health aspects of the exercises accessible to a wider public.
While some publishers and authors continue their dedicated work until today, some of them have evolved into important players in the market. As such, they influence the development of Qigong and – sometimes knowingly – further a distinct way of practice, or specific styles and forms. Naturally, this does also influence their selection policy concerning the publication of articles.

The publications mentioned above are nowadays complimented by a wealth of (professional) associations and (research) institutes which publish their own magazines and organize their own congresses.

The different associations’ structures and also the interrelation between different organizations are hard to analyze – even for interested parties. In some countries there are umbrella organizations which are subject to public regulations, i.e. where membership is a mandatory requirement by the state if one wants to open a school. In other countries, private organizations organized along their different lines of tradition and independent, i.e. mixed-style, professional associations are prevalent. Some of these organizations claim the leading role – nationally or even internationally – and with it sovereignty of interpretation as to which kind of Qigong is “right”, “traditional” or “effective”. This position is then regularly underlined by the organizations’ publications.

At this point, one has to look very closely: Not every „Institute“ or „Research Institute“ by name is a place of scientific standards. It can simply be a Qigong school’s name (while on the other hand a simple „study group“ can unite acknowledged scientific experts from different countries.)

A similar caution goes for congresses or conferences and their related publications. In some organizations, these events are meetings of practitioners or internal seminars for advanced training, in other organizations they are simply meetings of officials. Some associations – especially in those from the Eastern hemisphere and their Western branches – attendance is de facto compulsory.
It is also not unusual to style a meeting like a scientific congress by means of formal decoration of the venue. In this context, functionaries or teachers (“world renowned masters”) quickly become scientific experts; and a talk about the functionary’s own teaching experience or a formal address to the assembled association quickly becomes a scientific overview about the healing effects of Qigong.

This is not to say, however, that publications of this kind – member journals or conference transcripts – are generally of a low quality. But the articles will have to be assessed individually – i.e. read critically – before one trusts them enough to build further argumentation upon them.

Some examples for critical reading and a list of scientific studies can be found in the following part of this series about Qigong and healing – will be published next week!

Qigong and healing part 5 – The landscape of Qigong research The strictly practice-related approach of this kind of Wellness-Qigong research eclipses the theoretical problems; the contradictions mentioned above seem to be solved. – Regrettably, the opposite is true: The evidence produced in such a “practice-led” research cover the scientific dilemma, but do not contribute to its solution. Actually, with this research approach it does not matter at all, if one researches about Qigong or other methods (Yoga, Pilates, Zumba,…). The decision about the focus of the studies is neither related to a certain cognitive interest attached to the health method in question nor to the experimental design as such, but it is solely a question of taste or fashion…