This part explains how Qigong studies refer to their subject Qigong (What is Qigong?). The most common kind of study is explained and its background and significance is explored.

Qigong research – What is Qigong? 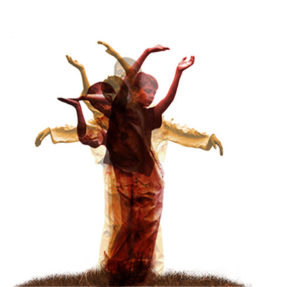 A practical problem of studies about Qigong and healing is that the object of the studies “Qigong” is incoherently defined. Qigong is often understood as one coherent block of practices, although the term Qigong was coined a few decades ago in China as an umbrella term for various kinds of different energy exercises and practices, no matter what their purpose and origin had been. Thus the Chinese notion “Qigong” covers martial arts, meditation practices, conditioning exercises, movement exercises, healing massages and other kinds of energy transmission.

Qigong research is a young discipline with a wide spread field of study. Some scientists treat Qigong as an umbrella term for Chinese movement arts, some as an umbrella term for Chinese energy therapy. Some studies differentiate between Qigong and Taijiquan, other studies examine Qigong and Tai Chi together without examination of the differences. (To play Tai Chi “as Qigong”, i.e. to do the Taijiquan forms without paying attention to the martial aspects is especially common in the health movement in the US). Some studies treat Qigong as meditative movement therapy or mind-body movement therapy, which puts Qigong into a group with Tai Chi and Yoga.

Some suites do not even differentiate between internal and external types of Qigong – meaning between working with the Qi by the practitioner him- or herself and Qi transmission by another person. While internal Qigong consists of exercises aimed at furthering the coordination of body, breath and mind by the patient, external Qigong means energy transmission between two persons. These techniques cover practical applications with two persons involved like e.g. Tuina (Chinese massage) as well as the controversial energy transmission over longer distances (i.e. especially without touching). Some types of external Qigong are recognised therapies in China as they form part of traditional Chinese medicine. Western equivalents are medical massage, physiotherapy and chiropractics, to name but a few.

Over time, while the landscape of Qigong research slowly unfolds, a standard language will hopefully evolve which will capture the different aspects of Qigong. Until now, one has to look very closely, which type of Qigong the “Qigong study” wants to examine. 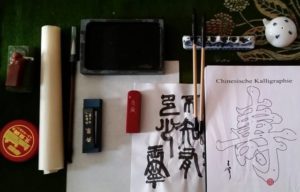 There are many (one might even say countless) single test series working with different Qigong sets. – Many small research projects were set up and gave important impulses for the further development of a Qigong research landscape.
The approach of these single test series is to establish whether Qigong is similarly effective as conventional methods of movement therapy as part of interest-free basic research. One goal is to establish whether there are negative side effects (Qigong as a “safe practice”). The practical background of this approach

lies in providing health insurance funds and health care providers with argumentation material, which supports the inclusion of Qigong into the standard catalogue of possible treatments.
Other projects are directly related to practical therapy methods, e.g. when a hospital or a nursing home tries innovative ways of treatment under scientific supervision. In both cases, the scientific viewpoint is to provide a formal scientific basis for therapy approaches which seem to have a positive effect on patients or which are promoted or asked for by individuals (customers, patients, committed nurses or doctors).

It is very hard to keep track of the multitude of studies, which are often run by small groups over a short period of time and on the basis of different Qigong sets. The findings of these studies are often of limited value, if one is interested in general evidence concerning Qigong and its healing qualities.

Naturally, this does not keep Qigong teachers and ambitious practitioners from citing the titles of single studies as general evidence for the healing effects of Qigong concerning this or that illness. This “cheating” is not always done intentionally. Press statements of universities, which are often written by the university’s press office, lead the way: They present single test series, which at best represent the first steps towards a deeper understanding of the subject matter, as ground-breaking. By pimping the dry facts up with interviews with participants or scientists, studies are e.g. portrayed as a contribution towards cancer research, although the study was mainly interested in the effects of Qigong on insomnia (i.e. relaxation on a broader, but measurable sense). However, the fact that cancer patients took part in the study does not make the study evidence for a positive influence of Qigong on cancer.

It is always advisable to take a short look at the studies themselves before citing them. – The abstracts (really short summaries of a few lines) are generally accessible for free via the internet and they are often linked as well. Already this short glimpse at the study reveals that the scientists themselves do not claim having found a proof of the healing qualities of Qigong (not even “Qigong-friendly” ones!). The overwhelming majority of studies just states that there is not any difference to be found in comparison to conventional physiotherapy concerning the positive effects.

This “small” outcome is still important for all Qigong teachers and health care providers interested in innovative therapies, because it lays the foundation to establish Qigong as an equal alternative to conventional health gymnastics: Qigong can be pulled out of the esoteric corner in which it is often unjustly placed. This is an important precondition for Qigong to gain acceptance as a standard method and to increase the share of Qigong in the sector of health care and care for the elderly.
In the end, even the individual teachers profit, because they do no longer have to start from zero if the acceptance of their method is discussed, be it in the context of therapy or in the context of establishing an independent occupational profile. – However, every misleading argumentation which rests upon a now “scientifically proven” healing power of Qigong will prove to be as short-lived as it is harmful to the whole community of Qigong practitioners.