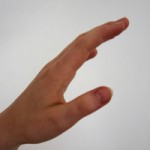 (traditional Chinese: 太極拳, modernized Chinese: 太极拳, pinyin: tàijíquán, Wade-Giles: t’ai chi ch’üan, pronunciation) is a Chinese internal martial art. It is commonly translated as Highest / Ultimate Fist or Supreme Ultimate Boxing and often simply referred to as “Taiji” or “Tai Chi”.
Taijiquan contains elements of Qigong (cultivation of the Qi) as well as of Wushu (martial arts). It encompasses many different aspects, e.g. health, meditation, self-defence and self-development. Historically, each and every movement of the Taijiquan form is related to one or more martial applications, which is most visible in the weapon forms. Nowadays, Taijiquan is primarily practised for health reasons and the enhancement of well-being. Esoteric and Tai Chi-Wellness approaches supplement the classic way of practising Taijiquan for realistic self-defence.

Meaning of the Chinese characters

“Tai”, the first character, means highest, greatest or most senior. “Ji” means extreme, of the highest degree, utmost or final. Put together, they form “taiji”, the Daiost philosophical concept of the “Ultimate Supreme”, which is the “mother” of Yin and Yang. “Quan”, the third character, represents a closed hand: a fist. It refers to (various forms of) boxing and indicates that (originally) Taijiquan is a martial art. Literally “Ultimate Supreme Boxing”, Taijiquan is thus the art of fighting according to the concept of Taiji.

The approach of Taijiquan is to use the (philosophical) principles of Taiji for self-defence by aiming to embody them entirely. Thereby Taijiquan comprises both the health aspect towards oneself – the ability to avoid conflicts – and a sense of responsibility towards others – the ability to defend oneself against (bodily) aggression without doing excessive harm. In this sense, Taijiquan is a “pacifist” martial art. This is especially visible in the Taijiquan forms, which teach martial movements like punches and throws as “meditation in movement”. The ideal in Taijiquan is to fight as one does the form and to do the form as one fights.

As a martial art system, the practice of Taijiquan has different aspects:

Concerning the common categorization of external and internal martial arts, Taijiquan belongs to the internal or soft styles (neijia 內家). While both approaches may come together again in the end, i.e. at the master level, their philosophy and didactics remain different: Concerning the way of learning, Taijiquan has a stronger connection to other internal martial arts like Baguazhang, Xingyiquan, Liu He Ba Fa or Aikido than to the external or hard styles (waijia 外家) like Shaolinquan, Judo or Karate.