Masters of Tai Chi and other Chinese Internal Arts 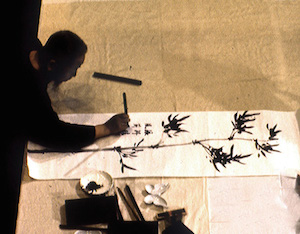 Through the passage of time are no longer able to communicate directly with the original Masters of Tai Chi and other Chinese Internal Arts but furtunately we still have contact with a number of 1st and 2nd generation students, many of whom have become eminent Masters in their own right.

These short video films contain interviews with various individuals who were close to some of the original Masters and we hope their words will help you have a clearer sense of the Masters and their methods.

Cheng Man Ching (Zheng Manqing) was one of the first tai chi teachers to come from China to the west. Having studied Yang style with Yang Chengfu, the grandson of its founder Yang Luchan and subsequently moved to Taiwan where he founded his Shih Chung T’ai Chi Association where he taught well-known students such as William CC Cehn, Benjamin Lo, TT Liang, Huang Sheng Shyan and many others.

In 1964 Cheng moved to the USA and finally settled in New York where he opened his classes in the Bowery area of the city. In conjunction with Robert W Smith he authored one of the earliest books on tai chi in English, “Tai Chi Chuan – The Supreme Ultimate” and on his own, “Tai Chi Chuan – A Simplified Method….”

Professor Cheng Man-Ching was known as a Master of Five Excellences, having accomplished a high degree of skill in the following arts, Traditional Chinese Medicine, Calligraphy, Poetry, Art and Tai Chi Chuan. Having shortened the original Yang System from it’s original 20+ minutes to somewhere between 8 – 10 minutes Cheng helped to make the art accessible to many more people and ultimately made a considerable contribution to the spread of tai chi chuan in the West.

These pages are devoted to Cheng Man Ching and his teachings as carried on by his lineaged instructors.

Kenneth van Sickle studied Tai Chi with Grandmaster Cheng Man-Ching from 1967 – 1975 and was certified as one of his instructors in 1972.

Having worked as a photographer and filmmaker Ken offered his skills to Professor Cheng and subsequently became responsible for most of the images and film that we now see of Cheng.

Ken attended 2-3 classes per week and worked closely with Cheng Man-Ching and this shot interview was conducted at the Cheng Man Ching Congress/Forum staged in Hannover, Germany in 2004.