TAI CHI CHUAN – A THING OF THE SPIRIT

Some time ago, a student asked me “when do you get good at this?” This was someone with quite a bit of experience. My answer was, ” Practising is more important than being good at it”. Everyone, obviously does their best when practising, becoming proficient comes with the practice, to a greater or lesser degree, depending upon the person. You do not have to be “good” at it to have the right spirit. We always seem to equate the physical side of Tai Chi Chuan with being good or not. But, the spirit of Tai Chi Chuan isn’t exclusive to those that are physically more gifted. It is the forging of the spirit, that is to my way of thinking much more important, this is the beauty of Tai Chi Chuan. If done with the right spirit then everyone can benefit from it. I remember two of our class members, sadly no longer with us, but what courage they showed. Both were very ill but still came to class and gave everything they could. We can all learn so much from these great demonstrations of spirit. This also showed me another side of having a firm internal core. 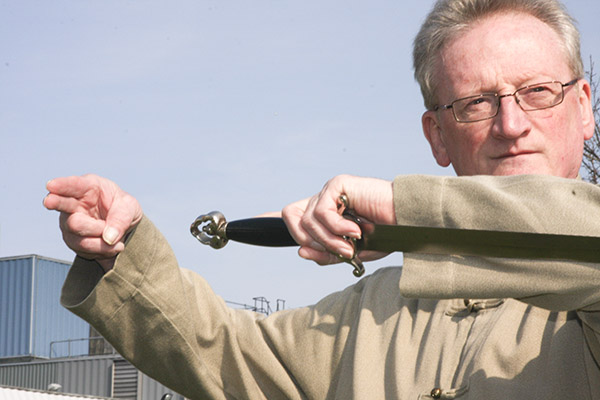 Take any aspect of Tai Chi Chuan, although quite different, they all in the end, come down to training the mind and spirit.

With time, we will all know our way through the various forms. There must however come a point where Tai Chi Chuan feels comfortable, in other words, it fits. Where the gap between the doer and the thing done disappears. At this point, you have stillness in movement. You know where the form is going, well, allow the form to go there. This allows for the free flowing movement of the forms, it is not so much a technical exercise, more a feeling process. It is very important to feel your form. Cheng Tin Hung always said that it was about feeling. Intuition plays an important role in this respect. I do think that Tai Chi Chuan should be learned from the ground up, and not from the head down. Intellectual understanding is not the experience itself. The direct experience of physically doing Tai Chi Chuan is where the learning is. Understanding comes through the physicality of practice. If it is always of a technical nature the spontaneous aspect will never show through. Get yourself out of the way and become one with the flow of Tai Chi Chuan. Spontaneity means that there is no outside influence. To practice until you can be spontaneous does not mean that you do anything you like. It takes discipline. It must mean that thought and action are one, with no conceptual thought to interfere. To constantly practice is a way of emptying out, letting go, not holding on to anything, so that there is no division between you and what you are doing. Absorbing the principle of Tai Chi until it is very much a part of you. I don’t mean this in any pseudo-mystical way, it is after all just practice. Saying that, why you practice/teach, influences how you practice/teach.

To maintain stillness of mind does not mean in any sense, a type of rigidity where you hold your mind in a state of constant tension. It means that the mind is flowing with whatever you are doing and, not getting caught up with what is past or what is to come. It is simply reflecting the moment just as the Tai Chi Chuan forms express the moment. There is no time for dwelling on anything during the form it’s a constant flow. This flowing mind must be maintained when faced with an adversary, (or any situation for that matter). Not allowing the mind to be caught up with what the opponent might do, but as a reflection of what the opponent does, maintaining all the time, a clear and flowing mind. There should be no break in continuity between dealing with one opponent, and the next. Any break would suggest a space where you leave yourself open to attack. 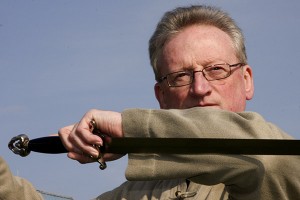 Any expression of Tai Chi Chuan must as far as possible be devoid of ego (Who can you impress in your back garden?) Genuine expression comes from within, from a realization that anything done for show, in reality means nothing at all, it is here that you have the separation between the doer and the thing done. Spirit is not concerned with this in the least. Pure action is the thing that I am interested in. This I believe comes from having nothing attached to the practice other, than the art itself.

Whatever the reason for practising Tai Chi, it still remains a thing of beauty, a thing of beauty for the person practising. Never for the watcher, they have nothing to do with it. It is not for the outer appearance that you practice, by that I mean that there should be no decoration added to the forms to please anyone. Everything lies within the practitioner, if you just have the spirit to quietly persevere.

We are thinking beings, and will always have thoughts. It is no use trying to eradicate thoughts, this won’t happen. It is the attachment to thoughts that create distractions. That is why, as with any discipline, it is the focus on the activity or “one point” that allows thoughts to pass bye, and not get caught up in a train of thought. Let them come and let them go. Thoughts are like tools, pick them up when you need them.

It is the small mind that gets in the way and clutters up, and distracts you from the going deeper into self-examination. It is easier to be “out there” showing, teaching, and getting a reputation than it is to face yourself. What we are expressing is a motiveless universal principle, which will always be greater than the performance of it.

Being a beginner in what you are already doing is a way of furthering your practice. The thing that is farthest away always seems more attractive. The classics constantly warn against this way of thinking. The oft quoted classic” The longest journey starts with a small step” is so true it has become a cliché. To my way of thinking, it means, that this small step, is every step you take. The Chinese arts are very attractive, where the choice can appear limitless. If you are practising a comprehensive system, it too is limitless. There is of course nothing wrong with gaining experience, but you must have a core practice. Being a beginner means that what you already have is always fresh.

“Will to one thing”
(Erich Fromm, The Art of Being)

This is an important principle to keep in mind. As you get older, and we all do, your Tai Chi Chuan becomes a very great friend, something you can practice, and take with you anywhere. The spirit to carry on, no matter what gives you vitality for living, resilience, and a life-long interest. Being “tough” isn’t always what it seems. Toughness is doing a practice all of your life, no matter what that practice might be. True spirit is not for show, it is impersonal and it lies within.

When, through time our physical abilities diminish, it is the mind that is important. To still practice in old age is a priceless gift. It mentions in the Classics, about an old man defending himself against many attackers. My way of interpreting this is, that it is pointing to the mind/spirit. Through training over time, it is use of the mind/spirit that overcomes an opponent, and not just physical ability.

To develop and train the mind until it becomes a clear mirror, reflecting and not grasping, is the way of Tai Chi Chuan.