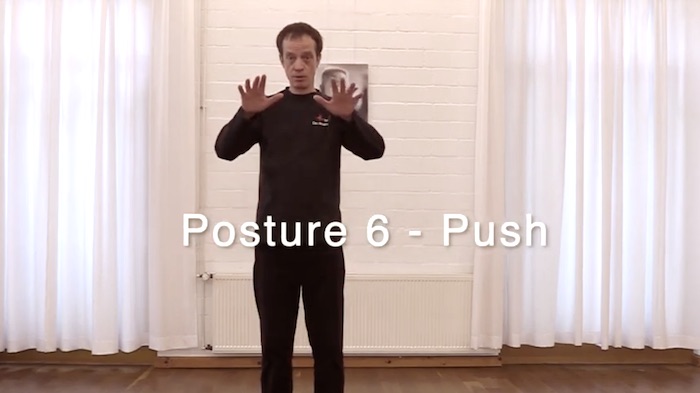 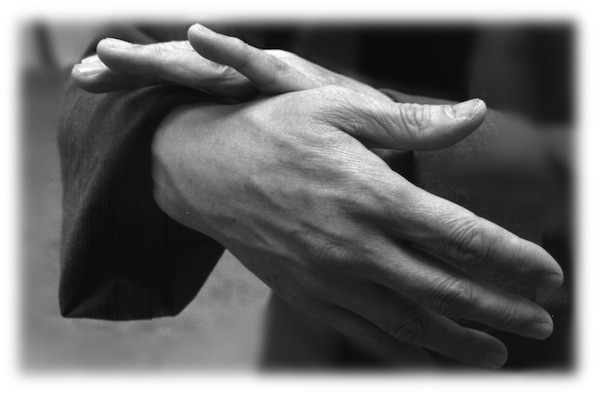 The creative combination of different styles in Pushing Hands

Playing around with Tai Chi applications

Welcome to the final level of Push Hands Yang skills!

Fajin is often described as especially hard to do or as having destructive effects on the opponent – two myths that would make it impossible, impractical or at least inadvisable to train this skill with a partner.

Fajin: The secret of compressing time and space

So here is a secret that actually isn’t one: building upon the third level of Push Hands structural („yang“) skills – expanding / growing / tifang – fajin is the same movement, only compressed in time and space, meaning it is much faster on a much smaller range of motion.

This is maybe why it is said to be so hard to do – because learning it slowly at first takes time and effort without yielding any spectacular results.

The actual secret of Fajin: Concentrate on the execution, not on the effect

In any case, concentrating on the effect will not get you there – because it is not in your hands.

In the video, Fabian as partner opts for being soft and protecting himself just enough, that the direction of the action – up and out – becomes visible. Note that he does not give up his basic posture (more or less a ball) which allows him to take the impact as a whole and be pushed backwards quite a bit without getting his structure compromised.

When getting more experienced, we can even play with this. These changes in speed and dynamic make our free push hands so much more fun!

A Guide for practicing Fajin

Practicing Fajin also means practicing advanced partner work. Being a good partner is key – practice safely and know each others limits to jointly grow beyond them! Learning with this in mind, the main focus should always be on yourself and the way YOU do things, be it in the active or on the passive role.

Step 1: YOURSELF – Learning how to Fajin

Do not project. – Do not aim for effect. Your movement has to be empty to be fast. Just make the shape.

The way is always shorter than you think. – Just chose a posture and a slightly bigger posture to blow up into.

Always expand upwards and outwards. – Other directions are for later training.

Step 2: YOUR PARTNER – Learning how to deal with Fajin

Your partner should be a ball. – Ready to jump away, but still heavy enough to check back on your structure. Ball does not mean balloon, but rather more like a medicine ball.

Experiment with resisting and letting yourself „be jumped back“.

Take one step back. – After some practice, take a step back and return to the basics.

Do not give up – rather concentrate on something else and get back later. It helps to reflect on the experiences you made and later check what your body memory is already able to remember.

It is ONE move. – You are getting more secure with your shapes. Just relax your body and activate everything at once.

Do not „give“. – „Taking“ the expansion/explosion is probably the most difficult part. While your hands go out, your internal experience, the feeling inside, is that of going down. Begin with making sure that your are not moving upwards from the hips and proceed with the picture of expanding outwards from the area around the heart.

Organize yourself to receive. – Anything that is coming back from your partner – resistance / reaction – should be going into your feet. During fajin you are still supple.

Step 4: The soft nature of Fajin – A reminder for fine-tuning your practice

Fajin is soft. – Even though it is the maximum Yang, do not forget the tiny black dot in the middle. The feeling should still be bouncy. Likening it to a sound, although it is very short, it would still be more like „whee“ than like „uff“ – not like empty air, but filled with a voice.

Want to give it a try and get some extra tips?

Come to one of our workshops or join us for the International Push Hands Meeting! Beginners welcome!

German version of this article.