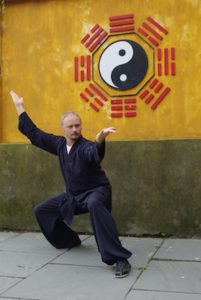 Themes: Relaxing and Releasing with Fangsonggong

& Restoration of the harmonies 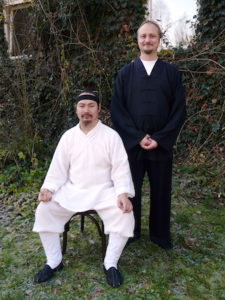 1: Relaxing and Releasing with Fangsonggong
Relaxing and releasing play an important role in the internal martial arts as well as in Neigong or Qigong. A central exercise from the Wudang Pai is Fangsonggong. In this partner exercise one partner takes the Yang part and the other one the Yin part. The Yin partner stands solid and does not do anything. The Yang partner moves and pushes his partner with one hand – more or less intensively, depending on the level, but always careful and with a lot of feeling. The Yin Part lets go and enjoys a moving massage. A really good exercise, which can trigger deep effects when you put enough time and effort in it and enriches your own Qigong repertoire.

2: Restoration of the harmonies: “Move like the waves and go with the flow”
A special challenge in internal martial arts is the restoration or maintenance of the harmonies. This holistic approach is not only found in the Taijiquan forms. There is an abundance of exercises that focus particularly on this aspect.
An exercise from the repertoire of Wudang Pai directs our attention to the separation of yin and yang in weight distribution as well as in the tuning of the hand/foot and hip/shoulder coordination. The exercise, on which we will work, is called “move like the waves and go with the flow”. The practitioner goes in one direction – step by step – and moves the arms like waves, upwards and downwards in coordination with the stepping.

3: Move like the waves and go with the flow – Part 2
The basic exercise described above is repeated. Other directions of movement are added subsequently to explore different dimensions.