WHAT IS ON ZON SU?

On Zon Su is an ancient art for health; its basis dates back from the masters of pre-dynastic China. Handed down for thousands of years, it is still used by some traditional Taoist physicians.

On Zon Su is the origin of modern reflexology, but it’s more comprehensive. Unlike reflexology, it kept many additional technical and specific treatments, such as the use of different maps for the foot, that make it complete and customizable to different conditions. 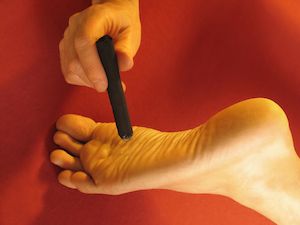 Ancient Masters (Ce Kio, Red Pine, Emperor San Lun, Yellow Emperor Huang Ti, Loi Cio, Yu the Great …) transmitted knowledge and arts, including the art of foot massage, to improve the human condition. They had identified the existence of flowing energy through the human body, on which one could intervene to re-establish a state of equilibrium within the functional organism. The human energy balance should be in accordance with the laws of nature.

On Zon Su relates to the traditional Taoist theory of Yin and Yang and their relationship with the five elements. It is a practice that studies the deep connection between the microcosm (the foot, the body, the individual) and the macrocosm (the relationship between the organs, society, nature, the solar system) to find a radical solution to the problems of persons.

Treatments are carried out with all fingers of both hands, because each finger corresponds to the energy of one of the five elements – water, wood, fire, earth, metal – and is connected to one of the five basic organs: kidneys, liver, heart, digestive system and lungs.

This technique allows an accurate analysis of the state of health of the person. In fact, according to masters, the comprehensive health depends on the health of the feet. Acting efficaciously on the foot equilibrates the posture, the organs, the body’s energy and the psychic attitude.

On Zon Su helps to get health and well-being: You can use it on yourself and on others to relieve a large number of symptoms: muscle pain, joint pain, headaches, imbalance of internal organs, coughs, bronchitis, anxiety, blood pressure disorder, palpitations, nausea, vomit, indigestion, liver pain, kidney weakness, menstrual disorders, …

Those who study the On Zon Su not only learn the art of how to „touch the heel with a quiet hand“ (translation of the On Zon Su), but are put in contact with the roots of one of the oldest arts of evolution and well-being in Chinese Tradition. Finally, On Zon Su can be the beginning of a discovery journey of that wonderful world that is our body and, through this, of the world around us. 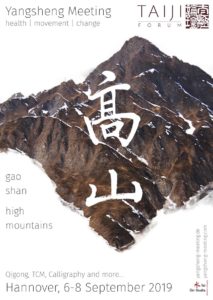 During the Yangsheng Meeting 2019 Severino will teach a workshop on this Foot Massage. During this workshop we will study the “5 SACRED MOUNTAINS’ MAP”. This map is considered to be of great importance in the ON ZON SU tradition.

Acupuncture Points of the Dantian