Skip to content
Home » GM William C. C. Chen Moving from Taiwan to the US

How or why did you move from Taiwan to the United States? 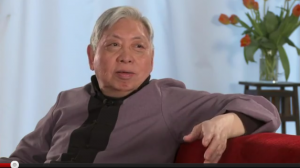 That is a long story. For example after I finished the Highschool, then I wanted to proceed to College and back then I was always looking for a chance to do that. Actually, after 1959, I was – actually in 1958 – I was Silver medal in the Taiwan Olympics for the martial arts fightings. So after I got the silver medal, in 1959, in Malaysia there was a couple of rich Tai Chi players and they tried to see, they wanted to invite me to go over there to teach them how I was able to use Tai Chi in the martial arts. So then 1959 I got a visa to Malaysia. After going to Malaysia then I taught for a little while. And visa from Malaysia/Singapore for the United States was much easier for young people – from Taiwan to go directly to the United States was a little difficult. Then I applied for a visa, school visa from Singapore to ask the permission to enter the United States and a US college. But finally one of the US colleges called “University of Hawaii” gave me the permission to enter the school. So in 1962 finally we got everything clear so then from Singapore I went all the way to the United States to Hawaii, so I entered the school. So then really getting to the United States that was in 1962. But then, after I got there, Professor Cheng also, later on, maybe 1963, got an invitation to go to New York and then he started teaching in New York. So then he wrote me a couple of letters. He said: “You know, you should come to New York!” I said: “Okay!” So, I think 1965, in the summer time, I transferred my school from Hawaii to New York University and after I got to New York I had to make a living. So then Professor Cheng asked me to assist him, but there was not much money involved, so finally I had to open my own school. And at the same time Professor Cheng tried to ask somebody to help me to open a school. So finally one of his students, Maggie Newman – she is still in New York, but anyway, we meet each other very often, but back then she had a studio. She used it for teaching Japanese tea ceremony and Japanese dancing, but after meeting Professor Cheng she started Tai Chi. She is a very nice lady and she told me and said: “If you cannot afford to pay – I have already paid so don’t worry about it.” The rent was how much? – It was only 35 dollars. That went back to 1965. So then I went there and started class. And after a little while my classes were growing so therefore I did not have any problem to pay for the room, for the studio. That’s where I started.