I began the study of Goju Karate in 1960 with Peter Urban, who had studied with Yamaguchi Gogen (The Cat) in Japan. In 1967 I was awarded a 3rd degree black belt.

At this point I was becoming disenchanted with some of the aspects of Karate, as I was being taught it; with all its brutality and lack of philosophical depth, e.g. “If your opponent is drowning, throw him an anchor”.

So I began a quest for an art that contained an element of spirituality / philosophy. I observed classes in Gung Fu, Kyudo, Iai and Ju Jitsu, to name a few. Then a friend told me that there was an old Chinese doctor who taught Tai Chi on Canal Street, his name was Professor Cheng Man Ch’ing.

To see him for the first time was to view another world and culture. He resembled the old Masters in the Gung Fu movies. I signed up on the spot.

I went to study at 211 Canal Street three or four times a week. I first studied form, then push hands, sword form and fencing. I made it my business to fence as much as possible with the Professor and with his advanced students. I attended his lectures on Taoism, Painting, Calligraphy and Poetry.

I asked permission to take photos soon after I started and later became his official photographer and cinematographer. I was thereby given access to other facets of Cheng Man Ch’ing’s life.

I believe it was 1972 that he undertook to give special classes that included his first “Six” students, plus the second “Seven”. Chosen to be certified as teachers, we underwent intensive training in solo form and sword form and we attended all push hands and fencing classes.

I became an instructor and continued to study with him until his death in 1975.

I began teaching on my own in 1980. I conducted classes in Manhattan and in Brooklyn, and gave private lessons in my studio on 5th Avenue.

At one point it occurred to me that although there were many Tai Chi schools in the New York area, they never got together. Even when I was a Karateka we would visit and free-style with other schools. Around 1985 I rented a studio one night a week for two hours and got the word out that anyone from any internal art style was welcome to play push hands, soft hands, or sticky hands, whatever their style called it. At first there were attitudes about who was doing ‘it’ right, or whose master was higher, but soon they realised that this exposure to new people improved their Gung Fu ‘discipline’. The general feeling of camaraderie, of travelling on the same path provoked new ideas and made new friends. I continued conducting these get-togethers up until 1995.

I have studied several Chi Gung sets and some Bagua, I have also learned much from Maggie Newman, Don Ahn, Bruce Frantzis, and Dr. Tao.

Since 1995 I have been conducting workshops in the United States, Great Britain, Germany, France, Italy, Spain and Israel. I teach form, sensing hands, chi gung, sword form and fencing. 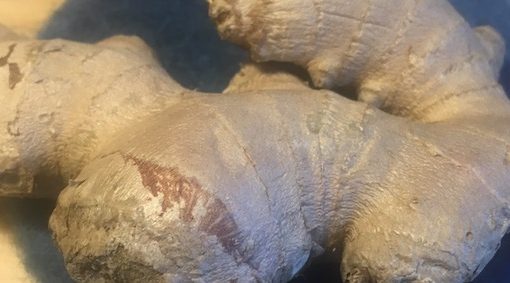 #PhilosophicalFriday 3 – Ginger tea – jiang cha Sometimes even a philosopher gets a common cold. So what does he do? One […]

To neutralise a cut to the right side of your head or neck with a technique such as “Phoenix Spreads Wings”.