There are many forms of Chi Kung and Tai Chi just as there are many schools. What then is the difference between the Biospirals Method and Tai Chi Xuan Chuan in respect to other forms and stiles?
Its name could also be “Synthesis”, since the method comes from the confluence of techniques/forms belonging to different internal martial arts (Nei Kung), mainly originating from Chinese tradition.
The common matrix of the selected techniques is the form of their singular path: the spiral.
The spiral has always been considered the most intelligent path/model/form which can join opposite elements, recognizing they are complementary. By “intelligent” we mean “able to achieve a result or solve a problem with the smallest amount of energy.
To describe the Biospirals Method and its functions, we must start from the definition of the term “Spiral”.
For example: “coil spiral”, a curve winding up the surface of a rotating cylinder.
The surface obtained by rotating an ellipsis on its axis is called ellipsoid of revolution. 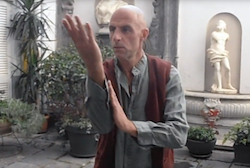 The spiral is the base form of life organization, from micro to macro, from DNA to the form of our galaxy to the Milky Way. You can observe it in the coiling of shells, of finger prints, etc. In the past, the spiral was recognized as a basic sign and it is often found in prehistoric graffiti. In ancient philosophies, the spiral and the labyrinth represent the symbolic path of mankind from life to death and from death to life.
By using those signs, we can develop our hidden power of inner search. By using those signs, dreams, symbols and insights will emerge. Precious energies and information deep inside us can become conscious and help transform our lives. Spirals expand the subtle energy of individuals who work with them, strengthening the accord of body and mind. Such interaction has proved a valid support to many practices aimed at treating depression or acute stress, and can be used in different situations, for example in the called ‘internal martial arts’.

Tai Chi Xuan Chuan is deservedly one of these arts

Although containing elements from various internal-martial arts, from Ta Chen Chuan to Xin Yi and Pa Kua, the form is made of a concatenation of movements referring primarily to Tai Chi Chuan of the Yang family (as transmitted to CRT by M° Maestro Chang Tzu Yao), Chen and Wu families. 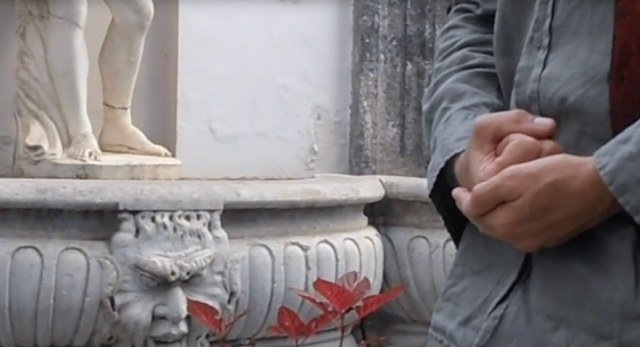 The study is based on the principles of Tai Chi Chuan and Chi Kung. There are no exams. The rules are set as a way to put learners to the test, allowing them to find solutions and thus attaining meta-rules.

The only rule is the absence of rules, although sometimes these may coincide with truth.
Despite the common base, the study might eventually result either in a more meditative, internal (yin) interpretation or in a martial version (Yang), the latter also imbued with an internal quality.
The choice will depend on one’s personal interest, age, or physical characteristics.
One should bear in mind that the right choice will emerge once the ultimate aim of the art is recognized. The drawing power of the goal to be attained will certainly light the Way.
That light will be perceived when the right balance of mind, body, breathing, and life energy is achieved.
Xuan Chuan focuses on performing forms by ritualizing martial movements, so that trainees can reach internal harmony by recognizing their aggressiveness and setting it free from violence. That is to say, accepting it as an integral part of our nature without denying or demonizing it. It is about trying to set an emphatic relationship with what is different, with the help of love towards other (not only human) beings. And finally, seeing a stranger as a possible friend, rather than a possible enemy.