The Biospirals Method was born after in depth study of Tai Chi Chuan and Chi Kung. Through a series of meditations, breathing exercises and sequences based on the spiralling movements of energy in nature. The Biospirals Method strengthens the vital energy thus bringing the mind and body to a state of natural harmony. The Method is mainly experiential and develops physical well-being as well as psychophysical, for spiritual growth.
The Method is accessible to all ages and levels of physical ability. The benefits which derive from the Method are almost immediate although, only by constantly applying oneself will they integrate into daily life. The aim is to give indications of how to reach harmonisation between the visible and invisible systems and structures of the body.
The practice of Biospirals consists of a series of mental and physical exercises aimed at recognizing that opposites form a whole, and at understanding and experiencing their interdependent relationship. In Man, the balance of these forces determines the state of health derived from the quality of communication between being, memory and surroundings. The Biospirals Method is an adaptation of the methods used by Traditional Chinese Medicine (TCM), in particular Chi Kung, which is based on the concept of energy and considers the human being holistically: body and spirit and their relationship with the cosmos. Man and the Universe are governed by the same laws, so it follows that the equilibrium and quality of our lives are simply reflections of existence as a whole.

The method consists of a series of movements and is divided into three sequences corresponding with three levels of difficulty, plus a fourth sequence for the advanced. The exercises are performed focusing more on the flow of internal energy than on muscular strength.
Performing the movements regularly is indispensable if one wants to reach the highest objectives: a harmonious physical, mental and emotional equilibrium, and even experiences at a spiritual level.
Posture, ambulation and the Empty step
Based on the continuous flow of information received from the internal/external environment, the human body is constantly attempting to achieve the optimum dynamic equilibrium. In the same way as other highly sophisticated and complex systems, it is susceptible to controlling and programming errors, even more so when the input (perception) is varied. The greater and more varied the information about our surroundings received by our organism, the more it is able to pursue an accurate regulation of its functioning. In the Biospirals Method The Empty Step is practiced in order to reacquire the awareness of static and voluntary muscular systems and to achieve new harmonic equilibria between them. 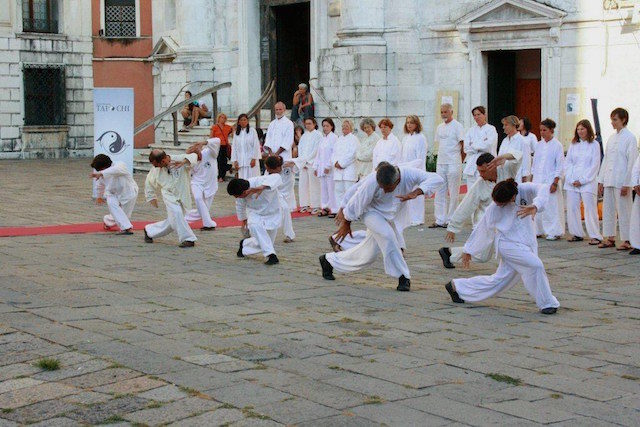 One of the three harmonisations necessary to enter and progress in the practice of spiral Chi Kung, or the Biospirals Method, is that relating to breathing. There are many types of breathing, some of them – despite being relatively similar – have different functions. Types of breathing techniques; from postnatal to prenatal and then move on to a technique specific to the Method: Three Membrane Breathing. 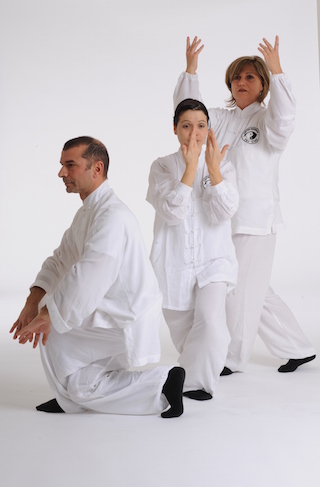 The benefits of this work are particularly noticeable in the bone structure, joints, muscle-tendon system, fascia-connective system and, most of all, the energetic system.
Perseverance on a regular basis is fundamental in order to reach a good level of harmonious physical, mental and emotional balance or experience a higher level of spirituality. Slow repetition of the movements brings one to a state of deep calm which, excluding the central nervous system allows the body and mind to free itself of the negative effects accumulated by excessive stress.
We can summarize the above by saying that the chemical body, which can be perceived by our senses, is the known and visible part of life, while the energy body (Chi) is the unknown and invisible part; nobody knows what it is, but then nobody (including scientists) knows what light or electricity – or even energy is. Despite manifesting itself in spectacular ways, Chi is neither miraculous nor supernatural: it is the manifestation of life.

The Text is an extracted from the book: The Biospirals Method by Master Franco Mescola