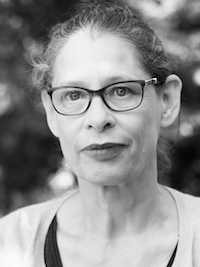 Ulla Blum, own practice since 1986 – Acupuncture, Qigong and body-psychotherapy (TCM) : After two years of traveling around the world as a member of the Theater of All Possibilities and comprehensive studies on non-linear thinking, a training as a naturopath and in core-energetics according to J. and E. Pierrakos. I have been studying Chinese medicine since 1984. First teachers were J. Weber-Bluhm, C. Larre and E. Rochat de la Vallée. 1988 I learned Crane-Qigong from Master Wei Lian. 1990 I was a founding member of Shou Zhong, the Berlin school of the AGTCM. Since then I taught acupuncture and Qigong. 1992 a Qigong training with Prof. Jiao in Qigong Yangsheng followed. In my practice as a therapist, as well as a Qigong-trainer, I combine the body-psychotherapeutic approach with acupuncture and qigong. In the meantime, numerous publications on meridian theory in relation to the Qigong have been published. 2012 I founded the school SAN BAO, were we teach the practice in its direct relation to the theory, which I have been leading since.
Further information: www.ulla-blum.de and / www.qigong-ausbildung-berlin.com

Themes at the Taiji Forum 2017

with the Eight Pieces of Brocade (Ba Duan Jin)

The eight brocade exercises is one of the oldest and best-known forms in the Qigong practice. Their effectiveness has been proven over centuries. However, the eight exercises give us a direct access to the eight extraordinary meridians, which is in the Chinese medicine the basic network of development and regeneration, that is deeply rooted as our inner feeling in our physics. This relationship is the topic of this workshop, which we will examine in theory as well as in practice.

In Chinese thinking the number eight, Ba, is related to the eight trigrams and the origin of life. Jin, Brocade, means an artistically woven silk garment with which the network of meridians is compared. Good reasons to examine the eight movements in their relationship to the four meridians of the first and second generation.

In individual and partner practice we will recognize the eight movements and their corresponding meridians as a flowing expression of the physical form and learn to read it. This makes the form and the function of the manifold links between these interconnected meridians accessible to a deeper understanding.
We use the foundations of Chinese thought and approach the body from a numerological point of view. In this very direct view of the body and its functions, we examine how the Qi movements cause the body shape and the body shape the movements of man. If one uses the imagination to create Qi with Yin and Yang, the body becomes the bridge to the inner reality. Thus practiced, the movements and conducting meridians, which have arisen with the prenatal forces in every human being are perceptible to us.

Contributions to each individual meridian (only in German) from “Qi – Zeitschrift für Chinesische Medizin”, Verlag Systemische Medizin also can be found on the website www.ulla-blum.de/publikation

In the 42nd verse at Laozi we find a numerological interpretation of man. It goes from One (Dao) over the Two (Yin-Yang) to the Three (Qi), that produces all things. In the classics One is described as being before and outside of the world we are able to experience. The Two is abstract, a mental dimension. We use duality to understand ourselves and the world, and to establish an orderly world. However, Yin and Yang are only in us, because we are the in-between that brings duality to life. In the Chinese thinking this unity is called heaven, earth and man. The body reflects this union in the fusion of the three treasures Jing 經, Qi 氣 and Shen 神. It is a temporal process, a creation of space and substance, which provides man with Shen, the spirit residing in the forehead (Yin Tang), with Qi, breathing and feeling at home in the breast (Ren Mai 17), and with Jing, the essence, which we can address in the abdomen (Ren Mai 6).

In each qigong exercise one refers at first to these three basic forces. This gives us the opportunity to approach them with simple movements. But we are dealing with a paradox, because, on the one hand, the three forces are “at home” in the regions mentioned, on the other hand they stimulate and fill the body with spirit and feeling at all times and everywhere, and make us what we are, human beings.

If we want to grasp this, we need to look and feel directly. If we ask ourselves, and allow us to feel, the body will respond in the form of an inner knowledge. It is a gift that our ancestors used to understand themselves and the world. In this workshop we will practice this inner perception with the techniques of Qigong. In combination of thinking and feeling we explore, why and in what form the three forces Jing, Qi, and Shen are the matrix of the eight and twelve meridians in Chinese thought.

Contributions to this theme (only in German) Taiji-Forum, and on www.ulla-blum.de/publikation