The Chinese character 萬 wan means many. It means a large quantity which is innumerable, because it appears to be uncountable. To do justice to these connotations in a translation, the notion ”ten thousand“ is often used. One example is the “10,000 things“ in the Daodejing, another example is the wall of “10,000 miles“, the Great Wall of China. 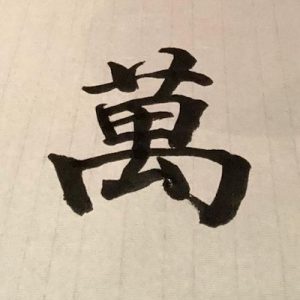 If we take a look at the Chinese character, we can easily see that it is not something like “10 times one thousand“. The idea behind it is another. As a mnemonic aid, we may combine a rump (section of a body) 禸 of a field 田 of gras 艹: a piece of lawn. If you think of a piece of prefabricated turf, as it is used in football stadions, the paradox becomes clear: the piece of turf is big, but not infinitely so – its size is manageable. But: How many blades of grass are there in that turf? “Endless numbers!“, would be the instant answer of all those who are not inclined to pass hours and hours on their knees. Still, the amount would be countable – but one does not care to put in the effort. Therefore, 萬 wan, especially on the context of crowds of humans or animals, simply means many in the sense of a (very) big number.

As elusive as 10.000 may be concerning general numbers, as precisely may be talked about 10,000, 20,000 or 30,000 (Euro, Dollar or Yuan) when the topic of the conversation comes down to money. – But also concerning money, the amount of 10,000 seems to have a special ring to it. To earn “about 10,000“ yuan a month is a proverbial good income in today‘s China. And also for the English society around 1800, which tended to judge women of a marriageable age predominantly by their wealth, the number 10,000 seemed to speak of sufficient attractiveness: “The charming Augusta Hawkins (…) was in possession of an independent fortune, of so many thousands as would always be called ten“. (Jane Austen, Emma).

This is the name I give to the move between “Dragonfly Strikes Water” and “Swallow Returns to Nest”. 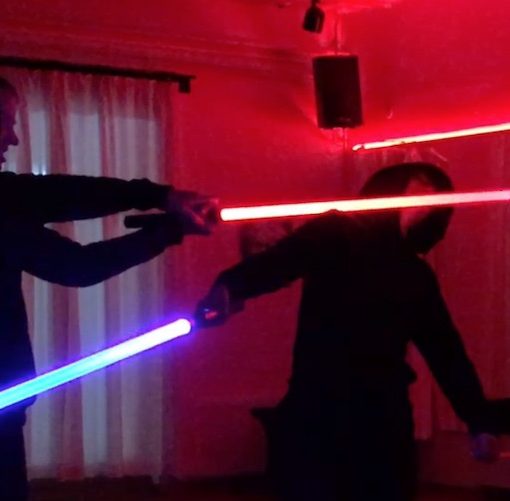