The history of Yangsheng – From the beginning to Daoism 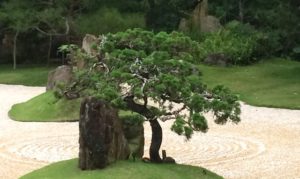 In historical accounts of Yangsheng reflections on and instructions for mental and spiritual exercises prevail. Physical exercises are far less mentioned in the writings.
The topic of „health“ as we know it today did not exist then. Health was threatened by wars between different regional powers, famines and natural disasters, which brought death. The outbreak of epidemics was seen as a punishment of the Gods for evil deeds. With death being omnipresent, the philosophers attached great importance to spiritual behaviour – be it to appease the Gods, be it to stress the insignificance of material values to be able to create a mental distance in the face of suffering. This elevating view on things was reserved for the higher circles, for those who knew how to read and write and who were at leisure to dedicate their time to Yangsheng activities. The common people were denied access to the methods, for which most of them would not have had any spare time anyway.
The Fangshi (the method masters, around 400 BC) describe a variety of different forms of meditation and breathing techniques. Special body postures were described to be helpful to expel demons. Yin and Yang as well as the five elements, their symbolism and their equivalents are the essential structural elements of the early Yangsheng. They are presented as interlinked with the cyclical process of the annual rhythm of nature as well as with the effects of music and individual notes. The Fangshi’s quest for immortality lead them beyond meditative practice, they even tried to experiment with the intake of chemical substances.

Zhuang Zhu (appr. 365-290 BC) wrote about seated meditation and mentioned the notions of Qi, Jing and Shen as the three basic factors of human existence. In the royal tomb of Mawangdui (200 BC) a representation of bodily exercises was found, which is thought to have been prepared as a memory aid for the practitioner.

„Yangsheng“ is widely known even before Daoist times

The notion of „Yangsheng“ – the nurturing of life force – is widely known even before Daoist times. Also the notions of Yin and Yang and the theory of the five elements and their correspondences in body, mind and soul are early elements of a „science of life“.

Ge Hong (appr. 280-340 AC) examined this nucleus of „Yangsheng“ in-depth and developed its principles further. The soul dualism of the corporeal soul “Po” and the spiritual soul “Hun” was described along with the Dantian as energetic centres with their net of passage ways. The organs were linked to the five phases of transformation, their resonance with mental and emotional qualities was stated as well as the circling of the Qi in the body.
Sima Chengzhen (647-735 AC) wrote his treatise on “Sitting (and) forgetting” and the Shangqing Daoists worked intensively on visualising techniques and the recitation of texts: the mantra in all its forms, from the single letter to the chant of a long sequence was incorporated into the techniques. Eventually, Sun Simiao (581-682 AC) laid down the stairway of spiritual development, which begins with the regulation of the way of living and reaches its conclusion in the union with the Dao.