Asked about the motivation behind his movie “The Professor – Tai Chi’s Journey West”, Ken van Sickle recalls Cheng Man Ching urging his students to “get it out there”, i.e. to make Tai Chi practice known in the West and also to spread the knowledge about this unique kind of health-related martial art. Ken worked on the film together with Barry Strugatz, who is a film maker and also a student of Ken and therefore also rooted in the Cheng Man Ching tradition. After the first interviews with of Cheng Man Ching’s American students, the idea to capture the spirit of Cheng Man Ching’s endeavour proofed to be the main line of development of the film. The creative process led to a portrait of his time in New York and recalls the reverence of the students as well as the effect Cheng Man Ching had on their lives. 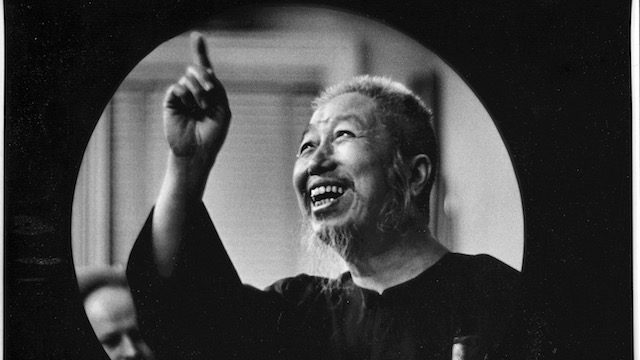 One aspect why Cheng man Ching is remembered with such warmth until today seems to be that he did focus on learning and sharing his knowledge with his students and did not try to subject them to an abstract order or to his very person. Cheng Man Ching did not expect his students to become kow-tow students and – as Ken van Sickle remembers as a difference to his own karate experience – there were no power struggles in the school and no higher students. Learning was not associated with hierarchy. Cheng Man Ching himself did not pretend to be special – in spite of what his students made of him.

This leads to the connected field of being a master and/or a lineage holder. To Ken van Sickle, the lineage system is powerful. But at the same time one would have to bear in mind what the expression master means. As far as Ken is concerned, a master is not anything special to Tai Chi. A Tai Chi master is like someone holding a Ph.D. degree, i.e. someone who is able to teach and possibly even write about a subject. Consequently, Cheng Man Ching did not call himself “master” – he called himself “professor”, as he had been teaching at an art college back in China.

The idea of maintaining a lineage is often combined with the act to choose special lineage students to whom special time and effort is dedicated. To Ken van Sickle, this idea is rooted in a wish to see a specific lineage continue. Whether this ambition is fulfilled, would nevertheless depend upon how much the master is a master and the student is a student. Because of this necessary rigidity, lineages rarely work. Students begin sooner or later to start their own thing, either because they did not get it all and fill up the rest with their experience or they split from their master, taking a chance. But even in the ideal case, the fact (or feeling) of “getting it all” is usually followed by the idea of surpassing one’s master – which would also be contrary to the formal concept of lineage.

However, Ken van Sickle warns against taking the experience of “not getting it all” to serious, as it does not seem to make sense in the historical perspective. The whole development is said to root in 13 original postures. As every student did not seem to “get it all from” his teacher, skills must have constantly got lost on the way through history. This narrative of deteriorating knowledge and skills does not make sense at all. – It would rather raise the question of going back to the 13 original movements. Ken van Sickle states that even if dedicated students always thinks not to be as good as the master, some of them probably were or continued to develop their skills after their teachers death, so that they became as good as or even better than their teacher later in life.

Lately, changing times and the wish for instant gratification have lead to the introduction of “very short forms”. – Ken here also relates to a 21 form he developed for his own beginner classes in New York as a way of getting people interested and to give them something to work with in the beginning. Later, the longer form can be taught to people that want to get into it.