Both Taiji and esoteric study have a deep effect on our actions, our character and our other pursuits in life. Taiji practice disciplines the body for mental control and presents opportunities to experience kinesthetically a “Pure Presence.” Taiji’s slow, precise movements are perhaps more conducive to meditation for a westerner than sitting meditation, and the practice of Taiji may indirectly lead people to esoteric study who are otherwise more oriented towards the physical than the mental disciplines. People who do not consider themselves scholars, who are not interested in spiritual studies or inclined to read books on complex subjects may find themselves seduced by the depth that gradually reveals itself in the practice of Taiji. 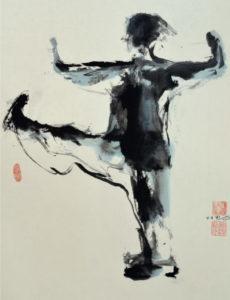 After some practice, especially if one is physically gifted, it is possible to become kinesthetically acquainted with esoteric ideas. From a kinesthetic understanding of life’s principles it is a small step to mentally cognize those principles. Many of the guiding ideas behind Taiji come from Eastern esoteric philosophies, in particular Taoism. On the other hand, those who have read the great books of wisdom, especially the Tao Te Ching, are mentally prepared to understand the ideas behind the movements in Taiji practice. The practice might be a simple introduction to esoteric ideas, but it is not a simple study. It is the farthest thing from mindless exercise.

People who are caught up in the stress of an office job and who seek relief from mental and emotional pressure choose a recreation they think is opposite to their work, an activity where they sweat hard, think very little and relax through exhaustion. This is useful as a relief, but it doesn’t help them to deal with their work. It would be better to practice a recreation skill like Taiji that would improve one’s attitude on the job, especially if the work is “high tension.”

Taiji evolved long ago within the practice of “high tension” work: fighting. The martial arts in the West were more utilitarian and never developed a deep understanding of body expression. Instead, mechanical means of warfare took over. In the East the expertise of the human fighter was emphasized over a longer period of time. The martial training of Taiji was honed for hundreds of years into an elegant study of body mechanics. Families and brotherhoods carefully guarded these arts in the East. Some westerners were invited to share this knowledge because of our support of the Chinese Nationalist Government. Nowadays many of the real experts in both Chinas have offered teaching to westerners, and many westerners have become better acquainted with the art. However, there are also as many overnight Taiji “geniuses” as there are so-called spiritual gurus. Glamour and money are always a problem, especially when something is first introduced to the general public. Nevertheless there is a lot of information now flowing between East and West. Like the study of Taiji, esoteric study forms a bridge between East and West. There were, and are, schools of ageless wisdom in many places around the world, and the broad perspective of the schools encouraged a worldview, a universal view. One of the goals of the real esoteric schools was to mend separations and promote openness, understanding and a bridging between peoples.

Taiji is a careful study where a single move from one secure position to another gets immensely complicated mentally until the kinesthetic sense is able to take over. For example, starting from one posture, the body is released to drop onto the supporting foot as if slumping; then that dropping down momentum is translated into a horizontal movement reaching out towards a new position that has already been located in the mind. Arriving at the new position, a downward pressure is sent to the sole of the foot, securing the new position out of which the new posture grows. What I just described was a simple step with many details left out. But from this short description some analogies can be constructed between the movements of Taiji and an esoteric philosophy, such as the need to relax and become aware before taking any action, the importance of harboring and using energy wisely and mindfully, looking before taking a leap or a step, and finding one’s position and making it one’s own. These are just some of the thoughts derived from a careful study of seemingly simple movements.

Integration of the self in esoteric study is analogous to relaxing and quieting all the body parts, and then moving all body parts together as one unit. During practice we become acquainted with awakening energy in every cell and the life that energizes those cells. This energy can be sensed kinesthetically, verifying integration of the body. Early in practice tingling in the fingers and warmth in the hands indicates improved blood flow. Disappearance of twitches and shakes indicates calming of the nerves. Dropping the shoulders and breathing deeper indicates muscle relaxation. Facial features become serene as if carved on an Egyptian temple wall. Not only are we encouraged to become unified in mind and body, but also by correspondence we become aware of other integrations of self and the integration of the body of humanity. Because the physical aspect of training is not overpowering, the deeper parts of our nature are allowed to surface and integrate, just as occurs in esoteric meditations. It might be said that the final goal in both Taiji and esoteric discipline is to wake the mind in all our cells, joining them in one harmonious mind and joining with each other in the One Mind that links all of us, thereby discovering how best to serve humanity. 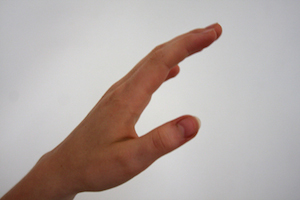 Alignment of the self with a higher power is analogously accomplished in training by mentally focusing on where the center of the body is, where the foundation is, and feeling the laws of nature work as we move and position ourselves. We are not separate little empires; there are rules already in place in the world around us and in the universe with which we must eventually align. Careful study and experiment during practice can verify our kinesthetic alignment with these laws. An awakening sensitivity to our own body-mind alignment promotes, through correspondence, an understanding and consideration of other human beings. In the partner practice of “push hands” participants find strong and weak alignments in themselves and their partners. This practice of physical alignment has its correspondence in the ethical realm: aligning with people of goodwill, taking right action, and becoming a better expression of Universal Laws.

Continuity, an often-stated word in esoteric writing, is practiced in the constant flowing movement of the Taiji form. This teaches us that we are in a constant flow of life and that we must stay engaged, alert, clear-headed and physically relaxed so that we are always ready to help when needed, just as we must be in the esoteric work. It also teaches us that everything affects everything else in the flow of life, and the better one thing is accomplished, the better the next thing will be done. The idea that the work always continues with no heed given to failure helps develop a selfless attitude. One of the many powerful statements in Taiji literature is “invest in loss.” We do not let losing stop us from continuing to learn. Failure is recognized as an evolutionary necessity, and continued progress in the right direction is the aim. Quality of life can be constantly improved.

Efficiency, one of the great esoteric principles, is a major aim of Taiji training. There is no wasted motion in the movements. The shortest, physically easiest means of getting from one posture to another has been worked out over the many years by the Masters. Improvement in efficiency doing the form spills over into daily work. Practicing efficiency gives us a better realization of the practical and real necessities of life. Living efficiently means using only the energy necessary to do a task, staying alert to improvements and not wasting energy on useless action. This is one of the essential goals of Taiji just as it is of esoteric work.

Group energies are shared by practicing the form with others. Exchanges of energy and control of energy are researched during partner exchanges (“push hands” practice). It is practicing harmlessness while directly dealing with another person. Some people shy away from this Taiji practice because they don’t want any kind of confrontation with another person. In daily life we
deal with people all the time, but usually at a distance. Closing that distance frightens some people. I think it would be useful to get over this fear in the friendly atmosphere of the studio while working with others who are inclined towards research rather than conquest.

The school I am associated with allows students to proceed into more martial training if they wish. There are always fears to be faced on the path of life. Perhaps greater fears arise in esoteric training when facing reality and the realization of necessary sacrifices. Those who are farther down the path of esoteric learning are as fearless as the old warriors of martial tradition. If we look around we will find gentle, non-glamour’s people that have accomplished impressive acts of bravery. Both Taiji and esoteric study are ways to gain “soft power,” which is so important as we start the New Age and address the need to further disassemble and neutralize hard abusive power.

Also recommended on Aspects of Taiji