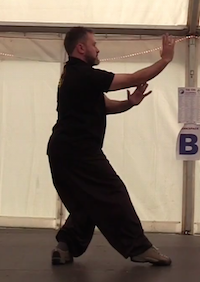 Taiji Praying Mantis is the native Martial Art which arose in the area from Yantai / Shandong. Due to an old legend there was a monk, called Wang Lang, who observed the behavior of Praying Mantises. He was so impressed, that he integrated the essence of their movements into his style.
Although different from Taijiquan, it shares a lot of principles in common like the Yin/Yang philosophy, the six harmonies (Liu He) and it emphasizes internal force (Jin) which comes from a well rooted and connected body, rather than just clumsy force.
There are a lot of old sayings which are describing the art like: „Outward it looks slanting, but inward it is straight“. Or: „The steps like a monkey, or a drunkard, the body waves like a willow tree, the head is dancing like on waves and the fists are striking like meteors.“ „If you know the arts basic forms, even the ghosts and the saints cannot escape!“

Praying Mantis has branched far out

Today the art of Praying Mantis has branched far out, similar to other styles. Taiji Tanglangquan is the name of the very old, original lineage, which nowadays is practiced by relatively few people around the place of it’s origin. It is still relatively pur, because it didn’t undergo so many changes during and past the cultural revolution, like other arts did. Nevertheless it is like an endangered animal today, with some risk to loosing it’s essence.
Nikolaus Deistler is one of the few teaching this style in Austria. He is disciple of Master Zhou Zhendong, 9th generation lineage holder of the art. Nikolaus’s special interest is the internal structure of Praying Mantis and how it can be combined with Taijiquan. 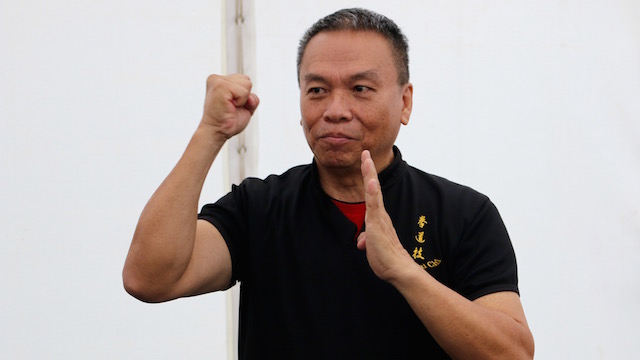 In this video you see applications of the short form after Prof. Cheng Man Ching. The video was taking April 27th, 2007. […] 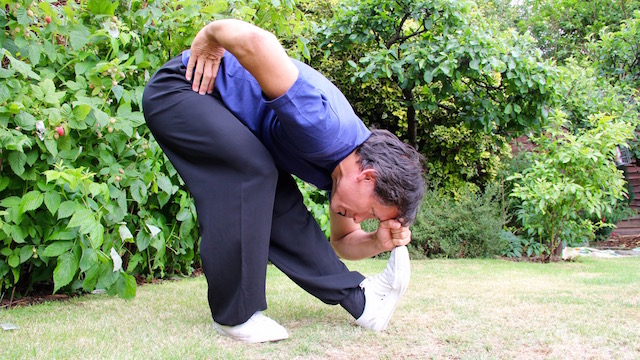 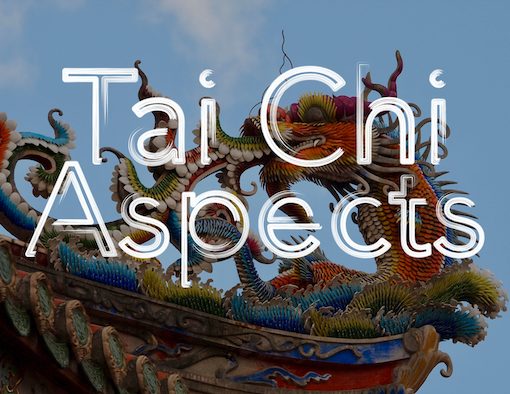