A hardly discernible movement with a big effect – that is one ideal of Taijiquan. How to achieve this? Long hours of practice is the short answer. A longer answer would be: by starting big and gradually getting smaller and smaller. To illustrate this approach, we get back to the last movement of the form and the aspect of indirect force. Today’s #martialmonday deals with practising the movement „press“ as a smaller movement.

The exercise – Press as a small movement

As a small movement, the exercise is to press one‘s hands together, like in the form, while the partner resists by putting both hands in the space between them. There s/he stays, determined not to be moved, and holds against the pressure built up by the person doing the press. 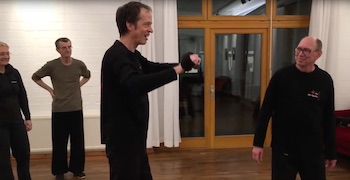 One way to do it, is to press real hard and/or fast and achieve instant success – if the other person is slower or weaker than yourself. This is easily achieved. Especially for big and well-trained guys and girls it does not offer anything to learn. But what if the other person is stronger? (If you happen to be the strongest person in the world, you might see it as a thought experiment).

The key aspect would be to move around the resistance. This may be achieved by letting the elbows freely follow the movement of the fingers. Both elbows will make a little curve as a result. This is because they are no longer held back by one‘s own muscles. The previous „natural“ contraction of the arm – part of our first nature – resulted from wanting too much to move the other person. Being held back by the will to achieve something needs to be overcome to move freely.

Limits of the body

Be aware that when you are practising with a partner much stronger than you, you may do it the right way, but you will not succeed. A considerable amount of strength can be overcome by organising one‘s body, but there will always be a limit. If you want to go beyond this limit, the only option would be to use speed. This would mean to concentrate one‘s training on the connection between brain, fingers and toes – after one has mastered the indirect aspect of power described above.

See our #martialmonday video for a demonstration of the exercise. Have fun practising!

#Martialmonday – Dealing the punches or taking them? – Form application Ward off left and right In the form, the movements “Ward […] 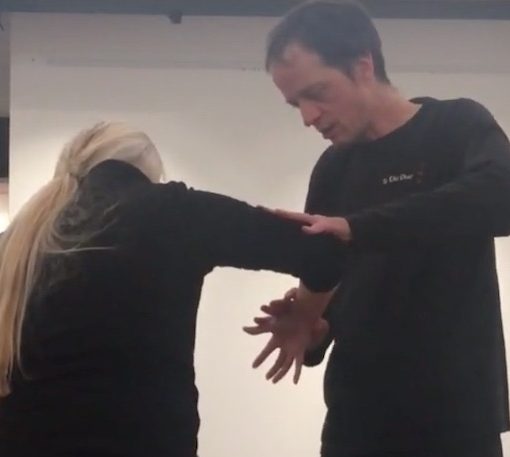 Enough is enough! About taking action Depending on the approach, Pushing Hands may be an experiment, a partner exercise, perhaps also a […] 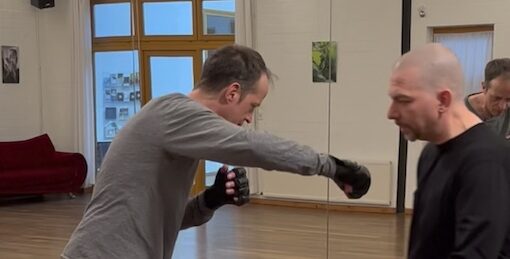 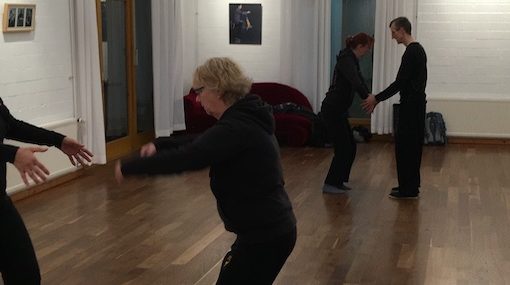 New year, new challenges! This year we want to repeat the form applications of the whole form and deepen our understanding of […]