The traditional value of jade in China

The Chinese admiration of jade stones goes a long way back.
On the one hand, it looked great and was therefore thought as the perfect gemstone. – Jewellery, belt buckles, ornaments and buttons on clothes and expensive pieces of furniture have been carved out of jade stones for millennia.
On the other hand, jade stones were also thought of as artefacts which were able to provide a connection to the divine. Therefore, jade was also used as a ritual or healing stone.

The Chinese character 玉 is able to give us another clue concerning the significance of jade. The point stands for the stone itself. The rest of the character (王) – the earth with an added stroke above, which wants to symbolize heaven or the (heavenly) order – means ruler or king. And when everything adds up: Jade is an imperial stone.

The Jade House as House of the Jade Emperor and …

In Chinese mythology the „Jade House“ is the house of the Jade Emperor. The Jade Emperor is the highest or first God and at the same time a legendary ruler. Legend tells us that he ruled until a just order was established, only to retreat thereafter and devote himself to meditation. Strengthened over an everlasting period of time, he came back and saved the world from evil demons. Which house would be the right house for such a great and wise ruler? Certainly a very big and beautiful one, which is able to appropriately express his dignity. So, which house is the biggest you could think of? – Very true! And That is why the characters for Jade House also mean universe.

Ning devoted this poem to the character 玉宇: 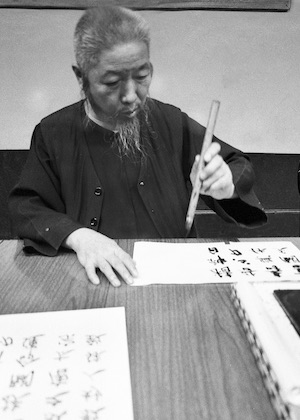 A calligrapher will illustrate the correct energy and movement for the brush by displaying a sword movement, and …

To recover from a ‘Beat and Cut’ attack as commonly used in non-Tai Chi fencing, when the… 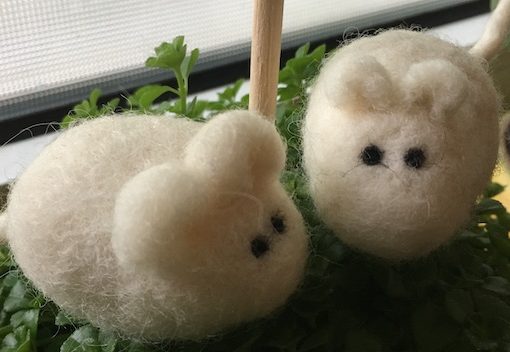 Happy New Year! 新年好 Following the Chinese calendar, January, 25th 2020 is the first day of the year of the rat. If […]

In the beginning you will find fencing with various people as a ‘difference’ experience. The sooner you are able to harmonise with the O the sooner it will become a ‘self similar’ experience.